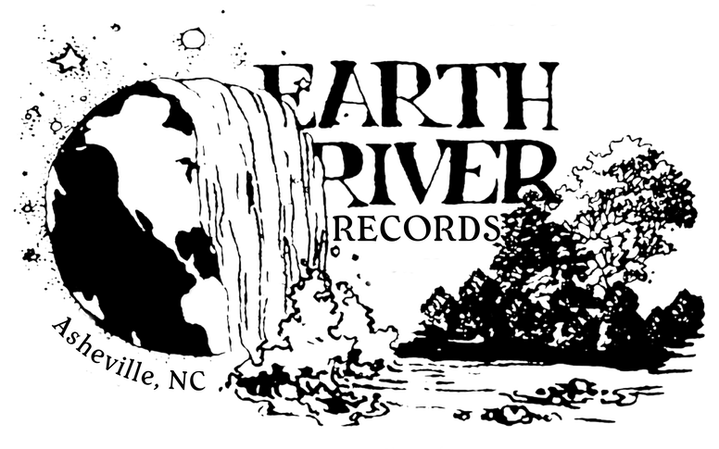 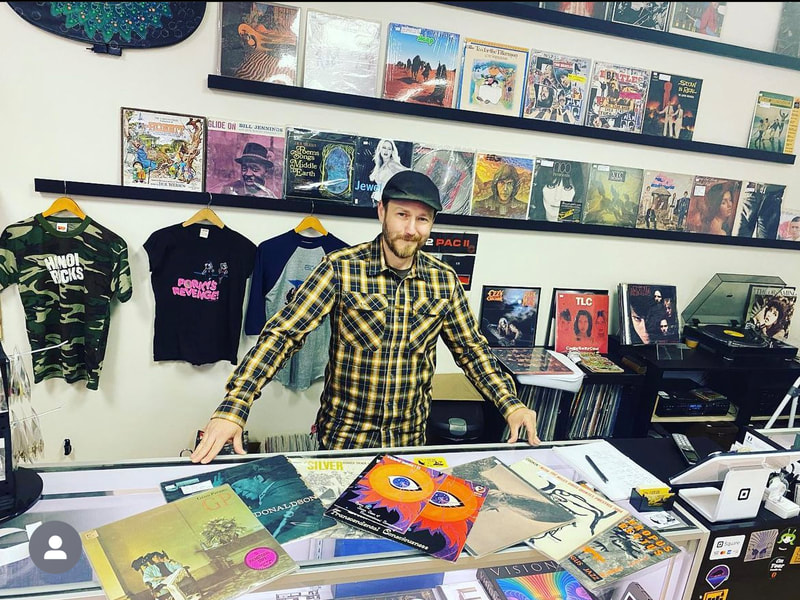 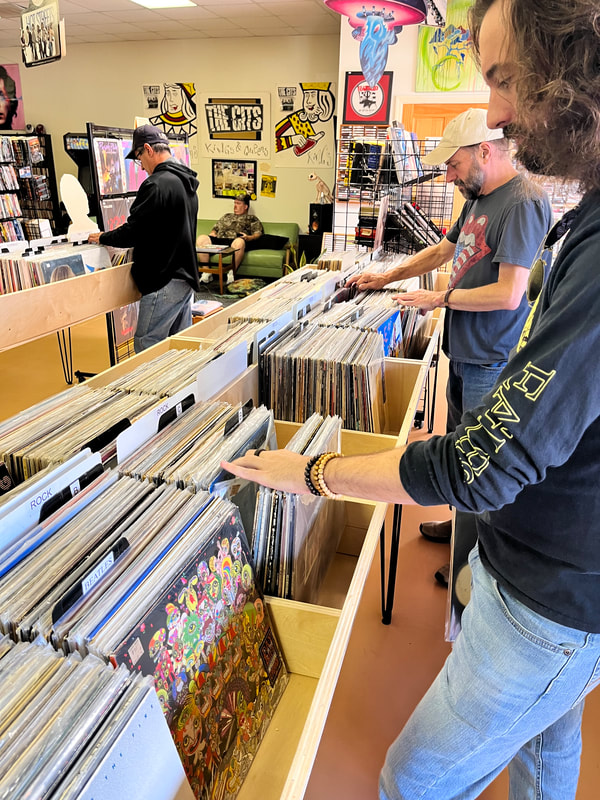 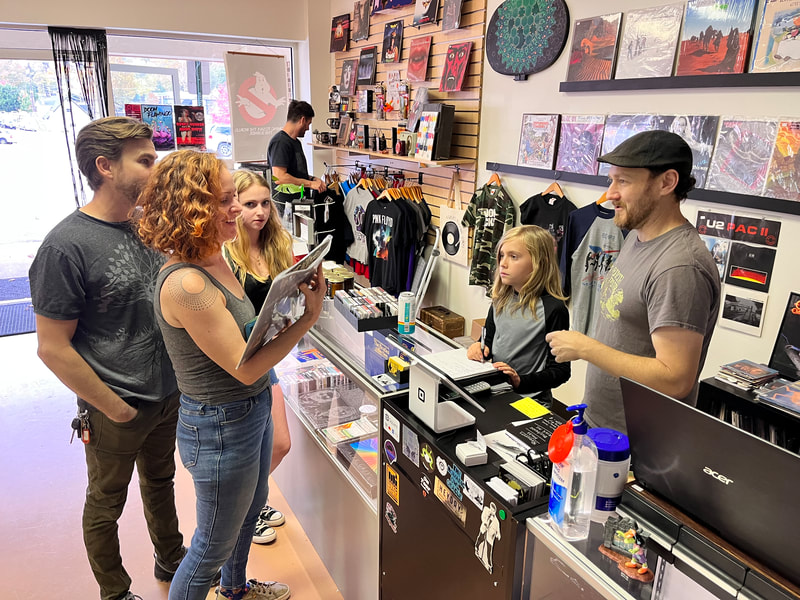 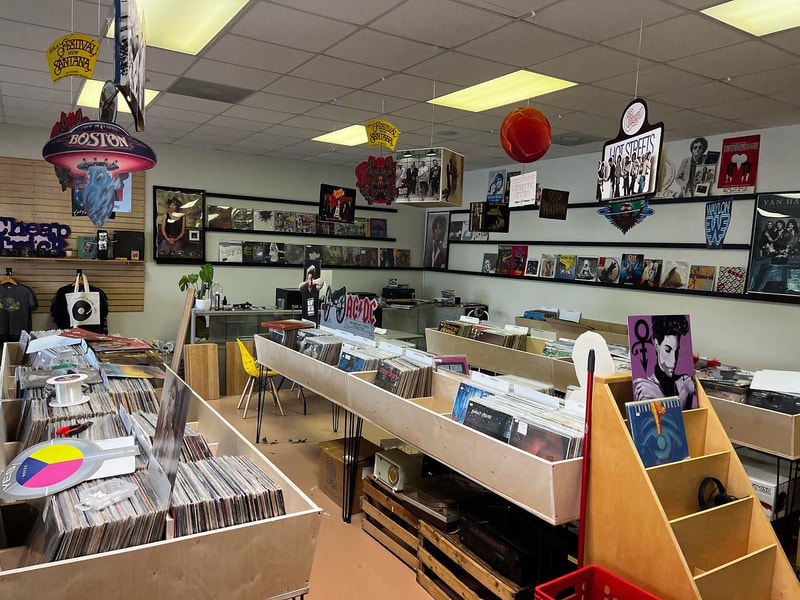 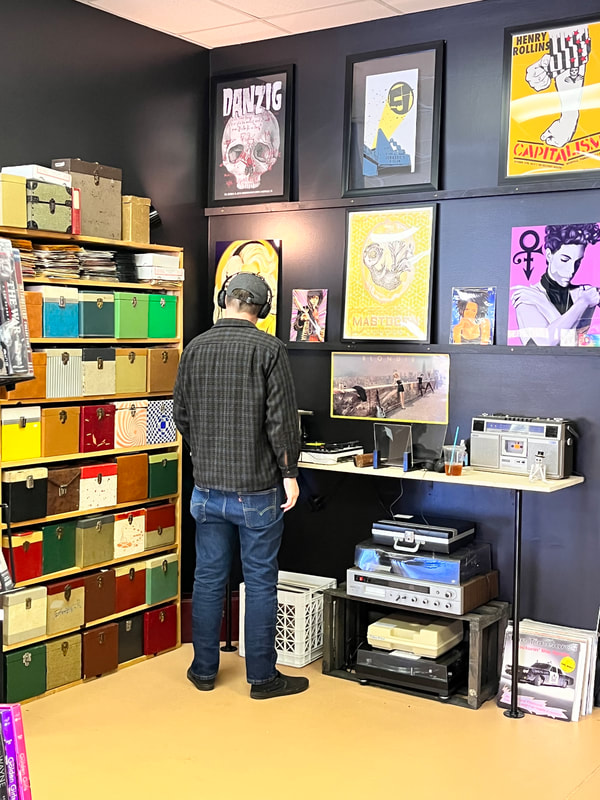 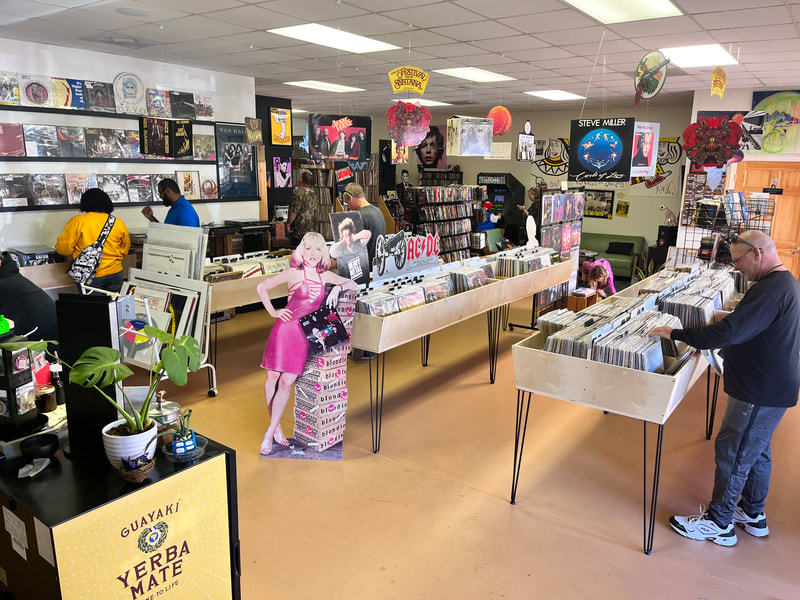 We are a family owned & operated independent record store, located just off of I-26 in the Woodfin community of Asheville, North Carolina. Morgan Markowitz is a second-generation record store owner, hailing from Seattle, WA & a NC resident for the last 16 years with his partner Meagan Lowe Markowitz; creative designer, artist & organizer.

Our Earth River story began, as Morgan's father Franklin Markowitz started buying & collecting vinyl in his mid-teens in Brooklyn, NY.  Having a knack for the market, he later began selling his finds on a small table, alongside his new wife Kristen, at local markets & swap meets in 1968-69. The two opened up the first Earth River storefront in New Port Beach California in 1970 & ran it successfully until 1978 when they moved to Oregon to begin their family together.  As the family grew, so did Earth River. In 1978, they opened a new Earth River and quickly grew to three locations in Eugene, Coose Bay and Corvalis Oregon.  Franklin made a name for himself, having self-taught the ins and outs of being a business owner & vinyl collector.  After a long successful seven years, Earth River was sold, but Franklin held onto roughly 100,000 albums in his collection. In 1998 Earth River was re-born as a father, son endeavor in Seattle Washington.  Earth River was voted 'best of record store' in Seattle in 2001.  Then as we all know, vinyl unfortunately took a fast plunge in the early 2000's with the surge of new tech.  Earth River closed its doors in Seattle in 2005.  Some of the inventory was sold off, but a lot was put into storage for safe keeping. Everything remained in climate-controlled storage, selling some to the occasional collector, until Morgan took over the business & inventory in 2018. Earth River's inventory made the big move to the east coast, and in the process almost breaking two giant U-Haul trucks due to the weight of vinyl.

​    After many years of selling online, at local markets & events, Morgan, with the encouragement & support of his partner Meagan, opened up Earth River Records in 2021. Together they have teamed up to bring you a revamped Earth River that has that old record shop vibe we all love so much. Morgan learned a great deal, being immersed in vinyl since birth.  We like to say; "It's not just a record store, it's a legacy". Carrying this on means a great deal to our family & we are so very happy to bring our community together in celebration of our love of vinyl.  Our goal is to help you slow down for a moment, whether you want to spin your favorite wax from time to time, or you are an avid collector.  From beginner to the well adept collector, we have something for everyone. Also, our shop is family friendly, we have a seating area with toys & games.

Our collection includes over 20,000 vinyl records, 100's of promotional posters, misc. promo materials, cassettes, CD's and so much more.  We are putting out new inventory weekly!

Thank you for making Earth River Records your local music store of choice! We couldn't do it without you!

If you are looking to sell your collection or move along a few items, feel free to bring it in or contact us to make an appointment.

​​Follow us on social media for local events, new drops and more! 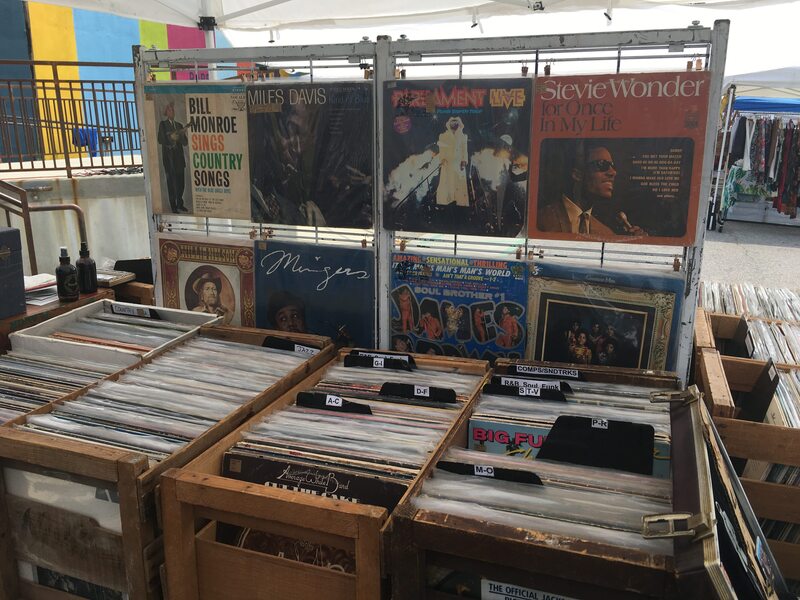 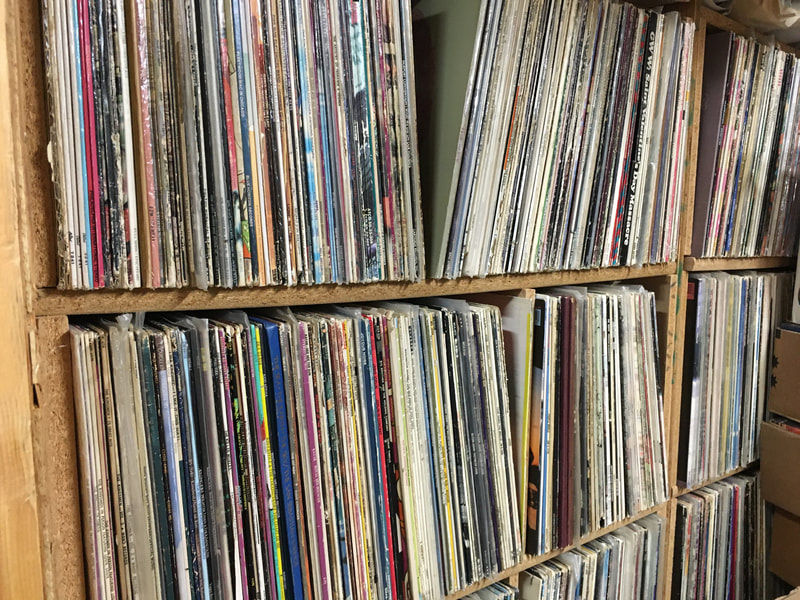 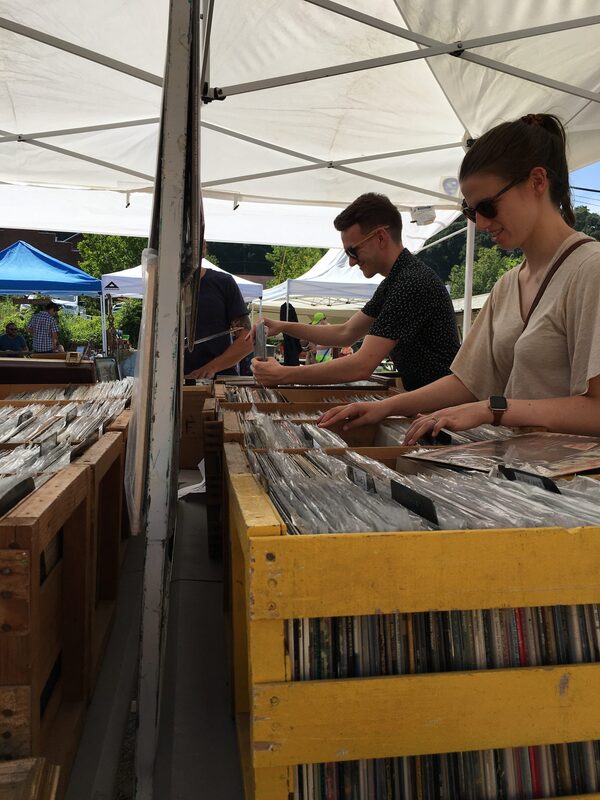 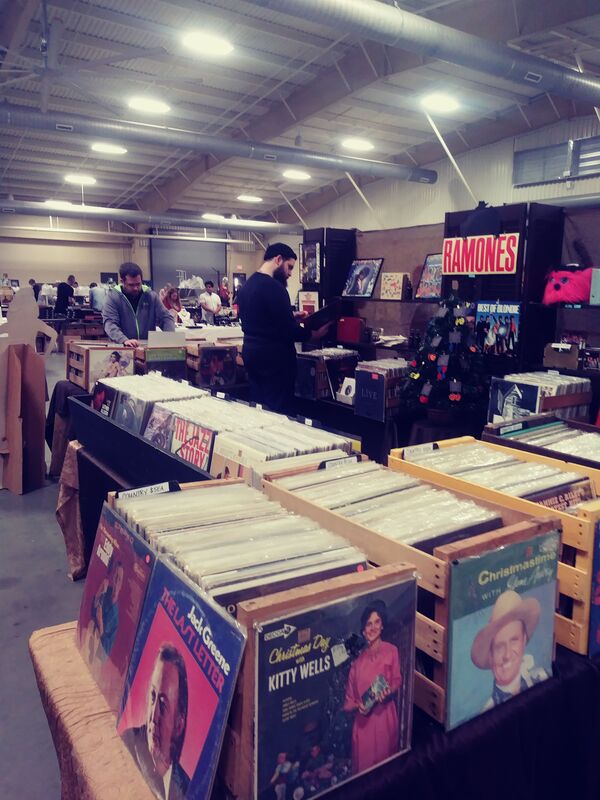 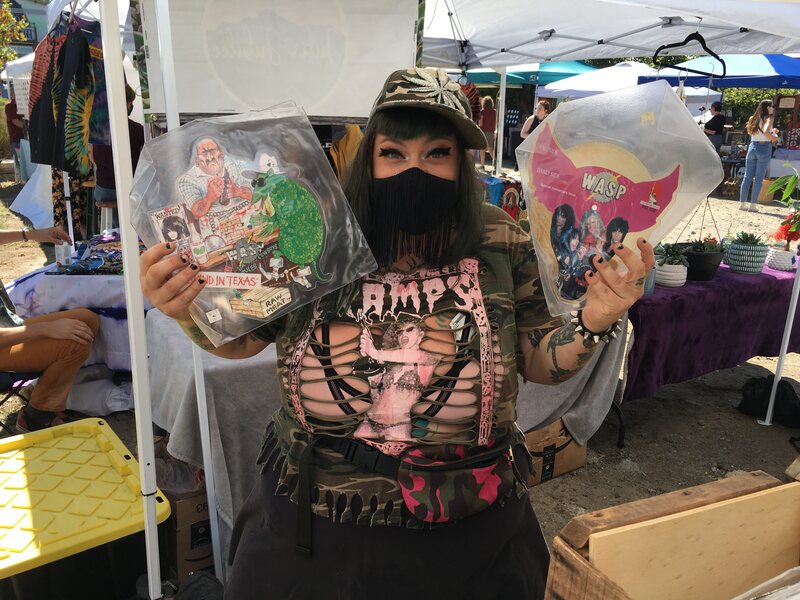 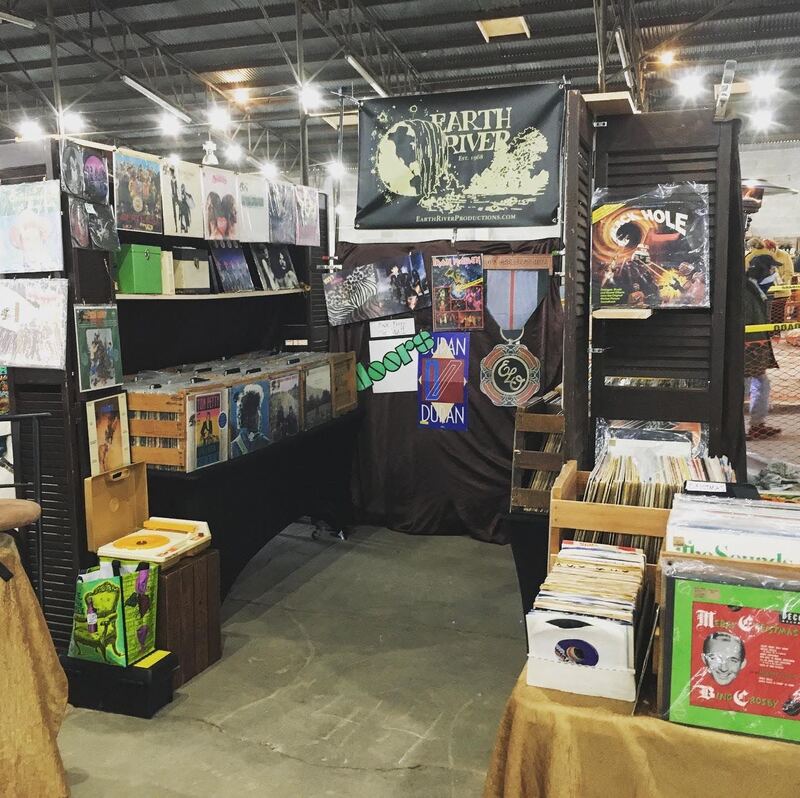 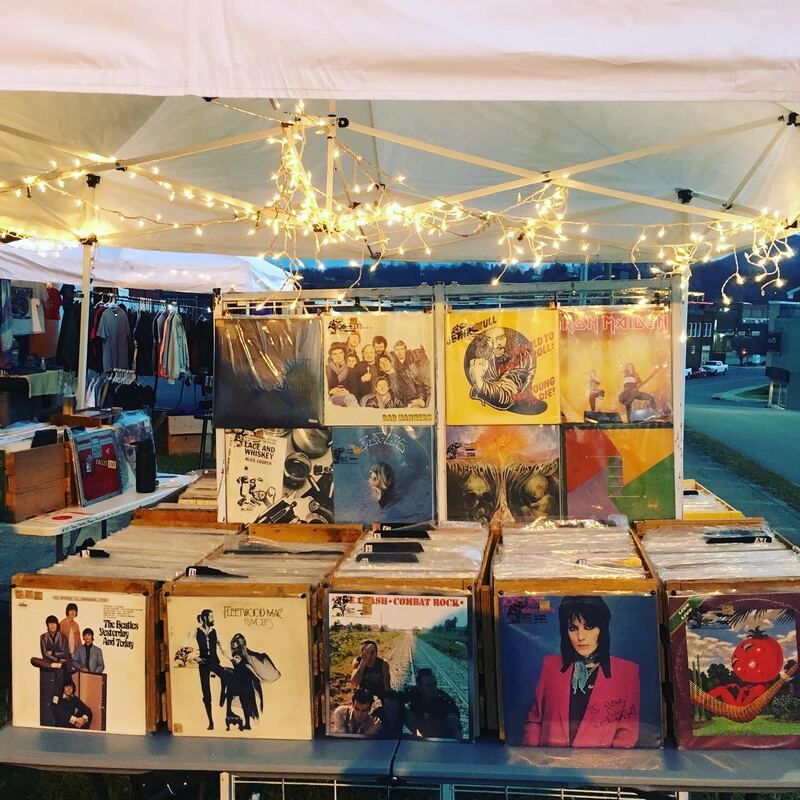 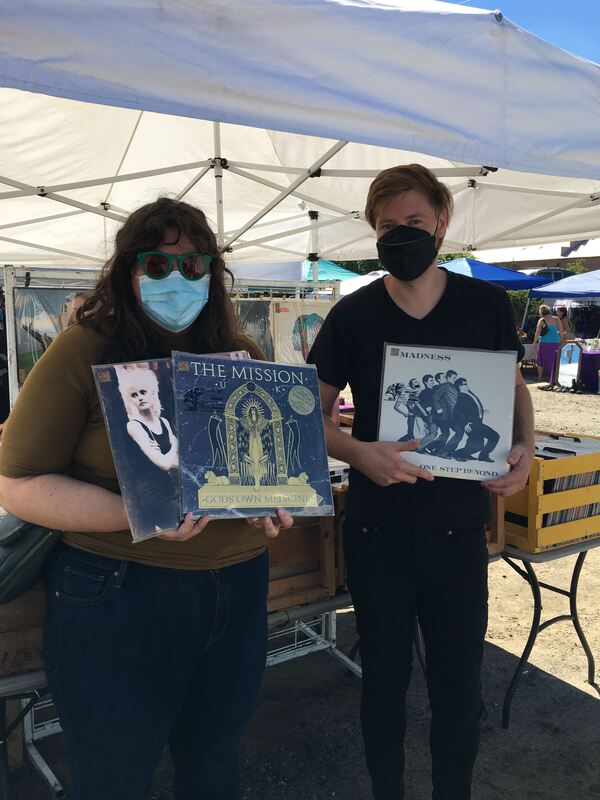